Robots in 2019 and their battery needs

2018 was another year of advancements in the field of robotics, including in the sectors for which Ultralife Corporation manufacture batteries (such as drones, bomb disposal, surgical and logistics).  Focusing on those four sectors, we look back at the main robotics developments over the past year and predict the drones and robots we are likely to see emerge in 2019, before discussing whether new batteries will be needed to power them. 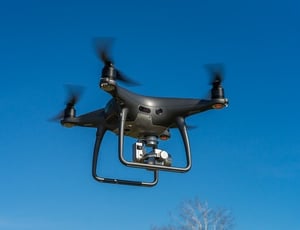 As the sector that saw the biggest transition from concept to commercial use in 2018, it seems only right to start with drones.  Many enterprises started to implement a drone program last year, across dozens of industries, the biggest adopter being construction.  Compared to 2017, the number of FAA-certified remote pilots grew about 50% to approximately 115,000 (most of these being certified for commercial reasons).

Although initially drones were mainly used by consumers, commercial industries are now driving the growth.  As a result, the commercial drone hardware space went through significant changes in the last year; Autel, Yuneec and Parrot just some of the firms introducing new drone platforms.

This trend is set to continue, and it is likely that drones will be equipped with more specialized technology to allow global corporations to realize their visions (such as Amazon’s desire for package delivery by drones and the military’s request for semi-disposable UAVs).  However, it is not just technology that is likely to change but also the law.  If predictions are correct and 2019 is the year the Federal Aviation Administration (FAA) finally implements a requirement for the remote identification of all drones, Unmanned Traffic Management (UTM) would become a reality, allowing delivery drones to take a massive leap from the drawing board towards reality.

Also hoping their drones go from concept to production are the US military who have tasked The Defense Advanced Research Projects Agency (DARPA) with developing semi-disposable ‘Gremlin’ drones that can be retrieved mid-air.  It is anticipated that by the end of 2019, DARPA will have demonstrated “the airborne launch and safe recovery of multiple unmanned aerial vehicles onto a C-130 aircraft.”

Should a world of delivery and semi-disposal military drones become commonplace, the batteries that power them would be increasingly relied upon.  To ensure the best airborne performance, size and weight are major factors to consider when selecting a drone battery.  Custom battery solutions are the ideal choice, as they can be designed using the latest cell chemistry to meet the specific needs of OEMs.  They can also be certified to any industry standard or specifications that may be required, such as those mandated by the military. 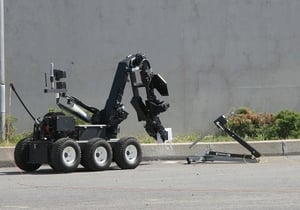 As well as investing in the development of drones last year, bomb disposal robots also attracted heavy investment from the US military, the US Department of Defense (DoD) awarded a $429m contract for unmanned ground robots with EOD capabilities in 2018.

This contract was used to develop Harris Corporation’s T7 robot that reportedly passed initial qualifying tests in July 2018. Tests subjected the robot to some of the conditions likely to be experienced in the military environment, such as extreme temperatures, vibration, electromagnetic interference and more.

Ensuring our batteries cope in extreme environments, Ultralife have them vigorously tested, including under extreme temperature and vibration.  Monitoring changes to military specifications, last year Ultralife re-designed the rechargeable UBI-2590 MGPP line-up, which are suitable for use in bomb disposal robots, to meet the new MIL-PRF-32383/3(CR) U.S. Military Performance Specification.

Whilst bomb disposal robots have been in demand for years, the high cost of surgical robots has been a barrier to adoption but more hospitals are deciding that they’re worth the investment.  It is now expected that the global market for surgical robots will experience a compound annual growth rate of 10.4% to reach $6.5 billion by 2023, according to Markets and Markets.

With hospitals supporting the uptake of surgical robotics, OEMs have already started to increase the number of procedures that medical robots can undertake.  For example, in January 2018, the first robotic surgical system for spine surgeries was tested.  Other OEMs had a different focus than functionality, as they looked to reduce the size of medical robots, one claiming that the world’s smallest surgical robot could soon be wheeled from theatre to theatre.   Furthermore, surgical robots with lighter instruments were also developed. 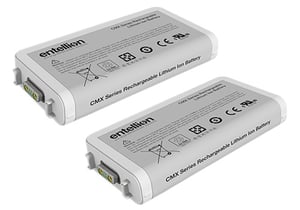 With more portable surgical robots comes the need for reliable battery power.  As reducing the size of the surgical robot becomes of greater importance, choosing batteries that offer excellent energy density with high power discharge is key, such as the CMX420M and CMX810M from Accutronics (an Ultralife company based in the UK).  These batteries offer 14.4V, 5.1Ah (73.4Wh) and 28.8V, 2.55Ah (73.4Wh) respectively.

In such critical applications, size reduction cannot compromise safety and reliability, which is why CMX series batteries have been pre-qualified to regulatory standards required for medical devices (IEC 62133:2012, UL 62133 and CAN CSA E62133:13 for safety).

Safety is one of the reasons that logistics robots have become a familiar part of the modern warehouse, taking strenuous and dangerous tasks off the human workforce. Huge funding and investment in the industry continued in 2018 with Google investing $500 million into automated logistics for JD.  The global market for warehousing and logistics robotics is now projected to exceed $22 billion by the end of 2021.  This is partly due to robots ‘joining the payroll’, as we increasingly see collaborative robots working alongside humans to assist in the goods packaging process.

However, robots are being used in almost every stage of the logistics process, including transportation.  Several technologies have matured recently that allow robots to manoeuvre more successfully around the warehouse.  As mentioned in our previous blog, Autonomous Guided Vehicles (AGVs) are now using smart navigation technology to operate autonomously instead of relying on in-floor wires.  In 2018, more global companies like Airbus introduced autonomous AGVs into their factories.  Setting their sights on the future, Airbus hopes that further developments to AGV technology will allow for automated handling of larger components.

Other robots that are predicted to find an increasing role in logistics are drones (again for transporting goods), surveillance robots for security and Exoskeletons to assist humans in carrying heavy loads.

As more and more robots start to arrive in the warehouse, batteries will have to deliver power that allows them to operate reliably, for as long as possible.  Warehouses that run a 24/7 operation are likely to put heavy demand on the battery.  Therefore, sealed lead acid batteries with a relatively short service life can be a time-consuming, costly and heavy option.  Lead acid replacement products, such as the URB12350, are an excellent alternate as they have a service life of around 5-7 years.  They also boast a faster recharge time than SLA, meaning the logistics robots do not have to be taken out of action for as long. 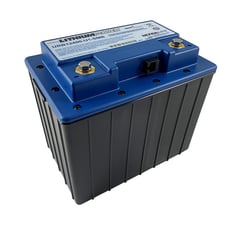 Just as with the URB12350, the URB12400-U1-SMB (U1) also has a longer service than SLA, as it can be charged and discharged more than 2,000 times before requiring replacement.  The crème de la crème of smart batteries, the U1 communicates with the host device to request pertinent battery information such as remaining runtime and cycle count for highly accurate power management.  It can be continuously discharged at currents up to 20A and pulsed at currents up to 110A, making it well-suited for logistics robots.

2018 saw many developments in the fields of drones, bomb disposal, surgical and logistics robots, putting more reliance and demand on portable power.  All these sectors show no signs of slowing down into 2019 and many rumored robotics applications, such as Amazon’s delivery drones, could finally launch.   For OEMs, choosing a battery manufacturer that utilizes the latest battery technology and ensures the correct certification for the end device is crucial.   Both Ultralife Corporation and Accutronics Ltd already have a wide range of off-the-shelf batteries available for robotics, with continual research and development towards new product lines, or offer custom solutions where there is no suitable pre-engineered product available.