Is your smart home device under the Christmas tree? 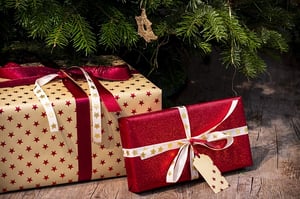 According to Amazon, a record number of smart home devices were sold during the 2018 holiday season, a trend that looks set to continue this year.  However, sales are dominated by household names, such as Amazon and Google, making it difficult for competitors to secure a coveted place under the Christmas tree.  Here, we look at a home automation and smart home security device from other manufacturers and discuss the ways that batteries are developing to meet the emerging power needs.

Everybody wants an easy life, especially during the holiday season.  With the smart home market still in its infancy, compared to other more established forms of technology, we are finding that many home automation and security devices are aiming to improve usability based on user feedback.  And, as is the trend with many forms of technology, we are also seeing devices becoming smaller and less obtrusive.  That is why, commonly, non-rechargeable (primary) batteries are selected; due to their high energy density.

In the home automation sector, Intellithings has created a technology that looks to solve a common problem, where users have to manually select when they move from one room to another in order to control the relevant smart home devices.  Julie Jacobson from CEPro comments, “When I’m in the living room… I shouldn’t have to push the “living room” button on my app to access the living-room controls.  In fact, when I enter the room between 5:00 and 8:00 a.m., it should know to turn on the TV to CNN (low volume) and bring up the lights slowly as my sleepy eyes adjust.”

This problem is tackled by Intellithings' RoomMe device, wireless pucks installed near doorways that communicate via Bluetooth Low Energy to nearby cellphones running the RoomMe app.

The RoomMe is a power hungry device that requires two D-cell batteries for each sensor.  Although D-cell batteries are ideal for high current drain applications and devices that require an extended running time, many smart home device manufacturers are seeking to reduce the size of their devices, which often means integrating a smaller battery.  To that end, Ultralife has developed a CR123A with a volumetric energy density of 575Wh/L.

Whilst Intellithings has been paving the way in the home automation field, Simplisafe has been listening to customers in the smart home security sector.  The company found that many early users of smart door locks (which allow doors to be locked using a smartphone or tablet rather than a key) experienced issues of the lock hitting and damaging the door frame when the door was not fully closed.  Therefore, Simplisafe released a door lock that can communicate with a contact sensor to prevent the door from locking if it is still open.

However, it does not end there because the Simplisafe door lock is a perfect example of a device that is promoting itself based on its compact size.  It claims to be ‘the thinnest on the market’ at 0.9 inches — compared to 2.3 inches for an August Smart Lock Pro or 1.5 inches for a Nest x Yale (correct at time of print).  In terms of portable power, the demands are high - the door lock itself requires four AA batteries but there is also a PIN pad powered by two coin-cell batteries.

However, coin-cells are not the most energy dense option on the market today.  Ultralife manufactures Thin Cell counterparts with a typical energy density of 500 Wh/l and 400 Wh/Kg, compared to 300 Wh/l and 260 Wh/kg in lithium coin-cell counterparts.  Other advantages of Thin Cells include wider effective operating temperature and superior discharge rate capability - making them ideal for embedded IoT applications like PIN pads.

As more smart home manufacturers innovate to compete for a place under the Christmas tree, battery selection is becoming an increasingly important consideration - allowing devices to be made smaller.