How batteries made surgical robots safer

If there is one form of robotics where safety is of paramount importance, it would be in the medical or surgical sectors.  Batteries have played a vital role in allowing surgical robots to become accepted by medical professionals and patients alike.  To understand the impact that batteries have had on surgical robots and, perhaps more importantly, the impact they could have in the future, it is useful to go back to the beginning.

It is perhaps of little surprise that medical robots stemmed from the industrial robots used in automotive manufacturing, which pushed robotics to the top of the agenda for many other industries. 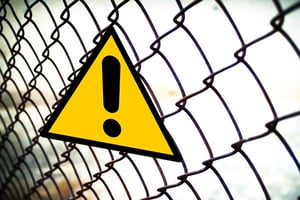 In fact, the first documented surgical procedure in 1985 was conducted using one of the first Unimation robots made for car manufacturing; the Kawasaki Puma 560.  This industrial robot was modified to insert a biopsy needle into patients’ brains at calculated angles and depths.  However, it was soon decided to stop using that robot for surgery purposes on the basis that it was unsafe, since robots used in manufacturing were designed to be used inside a barrier away from all contact with people.

How automated should a medical robot be?

This led to the creation of robots specifically for medical and surgical purposes, such as the “ROBODOC” for hip replacement surgery.  Unlike the Kawasaki Puma 560, “ROBODOC” was a totally autonomous system that could operate without any intervention from the surgeon and even became the first robot approved by the FDA.  However, medical professionals expressed concerns about the lack of human control.

Therefore, modern robotic surgery tends to favor the use of a separate surgeon console that a doctor can look through to view the body and control the instruments.  The current market leader is the da Vinci robot for head and neck surgery, which was introduced in 2000.  Developed by the US Defence Advanced Research Projects Agency (DARPA) and manufactured by Intuitive Surgical, it has significant safety advantages over its predecessors.  For instance, its surgical arms measure significantly less in diameter than those of the PUMA 560, which results in less contact between exposed interior tissue and the surgical device; reducing the risk of infection.

However, one of the key reasons behind the da Vinci’s popularity is due to its many failsafe systems, including an emergency battery that allows the system to function for twenty minutes during a general power cut, allowing the operation to continue as power is restored.

Looking to the future, Intuitive Surgical already plans to develop new versions of the da Vinci robot to try and maintain their status as industry leader, with one focus on continuing to improve safety.  For example, in 2018 they announced the “single port” model that allows surgery to be carried out through a single incision.  The fewer incisions, the lower the likelihood of infection.  However, as many of Intuitive Surgical’s patents are due to expire soon, competitors are now entering the market, also with the aim of developing robots for minimally invasive surgery.  For instance, CMR Surgical are creating the world’s smallest surgical robot with the aim of changing tens or hundreds of thousands of surgeries each year to keyhole procedures rather than open surgery.

Other robotics companies are branching into other forms of surgery and turning to well-established technologies like GPS for help; for example the first robotic surgical system for spine surgeries (which began development in 2018).  Satellite navigation should improve the accuracy of the procedure, allowing surgeons to pinpoint the areas of the spine that require treating.  Further safety improvements include reduced radiation exposure and less need for the surgeon to reposition the patient as frequently. 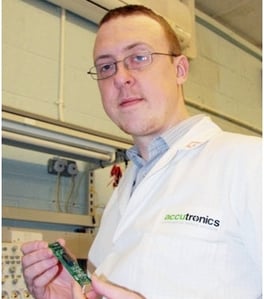 For cutting edge devices where off-the-shelf power solutions may not be available, custom batteries are an excellent option, as they can be designed to fulfil the specific mechanical and electrical requirements needed for the robot.

In order for off-the-shelf solutions to be developed, reducing NRE costs, it is essential that battery manufacturers are kept informed about the robots of tomorrow.  To this end, Accutronics has created a survey for robot manufacturers that allows them to provide confidential information about the robots they are looking to develop.