Round-up of advancements to Li-ion technology 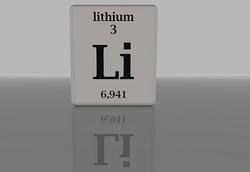 Due to its excellent energy density and high number of discharge cycles; Lithium-ion is one of the most popular battery chemistries found in the home (in smartphones, fitness trackers) and the workplace (robotics, Medtech).  Devices that used SLA batteries are now using LiFePO4 Lead Acid Replacement that are lighter with enhanced cycle life.  It’s therefore no surprise that cell manufacturers and research institutes are undertaking research and development to advance this technology.

Here we’ve summarised ten news articles discussing the advancement of Li-ion technology to give an indication into how it could change in the future...

As cell manufacturers look to dominate the Lithium-ion market, not only is high performance essential but also cost, as the cost of the cells is passed onto the battery pack manufacturer, then to the OEM and finally to the end customer.  To reduce costs, one company (SilLion) has experimented on adapting existing Lithium-ion ecostructure with less costly materials.  By using a higher component of silicon material in the anode and a very high component of nickel in the cathode; the battery was less expensive to produce but also boasted ten times the capacity of graphite batteries. 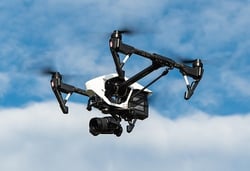 One of the reasons silicon is not already in widespread use is due to it expanding three-fold during charge cycles.  However, the company has developed additives for the silicon anode that preserve the battery cells' physical and structural integrity.  This is expected to lead to increases in cycle life, energy density and other dimensions of performance; making the batteries ideal for use in drones and bomb disposal robotics (applications which Accutronics Ltd currently support).

Also looking to reduce costs, the University of California Riverside had the idea to replace graphite in li-ion battery anodes with sand that is purified, powdered then ground with salt and magnesium before being heated to remove oxygen resulting in pure silicon.  Their research showed that sand batteries can deliver three times the performance of existing batteries.  Other benefits include non-toxicity and eco-friendliness.

3)  Advancing the next generation of batteries – Electronic Specifier

To study the inner-workings of batteries and fuel cells, the Electrochemical Innovation Laboratory (EIL) at University College London (UCL) is using X-ray microscopy. This allows scientists to study the evolution of microstructure down to 50nm resolution, revealing the fine details of lithium ion batteries in 3D. 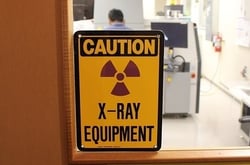 As X-ray and imaging equipment improves, scientists can observe lithium batteries more closely, down to individual nanoparticles.  The U.S. Department of Energy’s (DOE) Brookhaven National Laboratory managed to examine how lithium moves inside individual nanoparticles that make up batteries, which could help companies to develop products with a longer shelf life and reduced charging time.

With demands on the production of Lithium batteries increasing, research has been carried out by Bosch developers and Technical University of Munich (TUM) scientists into ways to speed up the manufacturing process. As the filling stage takes several hours, to ensure the pores of the electrode stack are fully absorbed with electrolyte fluid, researchers sought to reduce this time by housing the batteries inside a vacuum.

The electrodes were wetted in half the time; neutrons used to enable observation.

6)  A Way Is Found to Increase the Energy Consumption of Batteries by Almost 1.5 Times – Science & Technology Research News

One of the reasons that lithium-ion batteries are so popular is their high operating voltage – an average of 3.3-3.8 volts, depending on the type of electrode material (cathode).  Scientists at Moscow State University in Russia aimed to increase the operating voltage of lithium-ion batteries to 5 volts or higher. The main obstacle was the absence of a suitable current conductor – electrolyte.  However, they found that increasing the concentration of lithium salt LiBF4 from one mole per litre to about three moles per litre significantly improved the high-voltage stability of the electrolyte.

Scientists are working to develop a new all-solid-state battery that does not use liquid. 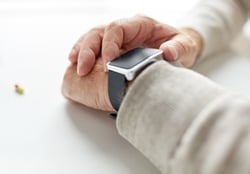 The approach taken by Shinshu University researchers was to grow garnet-type oxide solid electrolyte crystals with molten LiOH used as a solvent (flux) on a substrate that bonded the electrode into a solid state as they grew.  The crystals formed a thin and dense connecting layer between the electrodes of the battery, also allowing thickness and connection area within the layer to be controlled.  Zettsu plan to fabricate prototype cells for wearable devices by 2022.

Researchers are also looking to extend the temperate range at which Lithium-ion batteries perform.  Fudan University carried out experiments with an ester based electrolyte, which conducted charge even at extremely low temperatures. Two organic compounds were used for the electrodes; a polytriphenylamine cathode and a polyimide NTCDA anode.  Unlike the electrodes in regular lithium-ion batteries, these organic compounds were not reliant on intercalation, which slows as the temperature drops.

Therefore, the rechargeable battery worked well at -70°C; far colder than the temperature at which most commercial lithium-ion batteries lose most of their ability to conduct and store energy.  However, research and development must continue as the specific energy of the battery is still low compared with commercial products, and the assembly process needs to be optimised.

Temperature is not the sole factor influencing battery safety; dendritic branching can cause internal short circuiting.  Researchers at Shinshu University have tackled this by introducing a type of magnesium salt capable of combining with lithium.  Although successful, they found it difficult to reverse, which is necessary in rechargeable batteries.

Therefore, research is ongoing using other types of magnesium salts and continuous improvements are being made to the electrochemical stability of the previously used salt combined with lithium to make reversal easier. 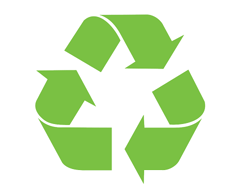 Not only are Li-ion batteries set to benefit from safety improvements, but there is also hope that more of them will become easier to recycle (less than 5% are presently recycled).  In January, it was reported that nanoengineers at the University of California San Diego had developed an energy-efficient recycling process that restored used cathodes from spent lithium ion batteries to make them work comparably to newly manufactured products. The process involved harvesting degraded cathode particles from a used battery, then boiling and heat treating them.

As technology evolves, scientists gain more insight into the inner workings of Lithium-ion batteries to advance their development.  Already an enviable choice for applications requiring a battery with high energy density and frequent discharge cycles; it is likely that Li-ion will continue to grow from strength to strength.

Find out more about the Lithium-ion batteries manufactured by Accutronics Ltd.