Batteries for Test and Measurement Equipment 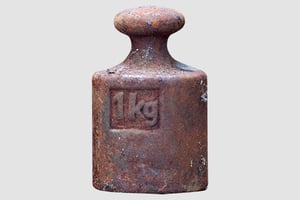 Scientists require accuracy in their measurements, which is why – in early 2019 – the definition of a kilogram was modernised.

As measurements become more precise; demands for accuracy are also placed on the equipment that calculates, interrogates, monitors or communicates them; which is where selecting the optimum battery can prove invaluable.

Moving away from Le Grand K

The previous definition of a kilogram originates back to the French Revolution in the late 1700s. Scientists agreed that a cylinder of platinum and iridium (called Le Grand K) weighed that amount.  This was not the first time that a measurement had been agreed upon in this manner; for example the length of a metre is recognised as one 10-millionth of the distance from the North Pole to the equator.

Every measurement that scientists, engineers and manufacturers use is based on the universal agreement of these definitions.  However, there also needs to be consistency and trustworthiness behind them.  The problem with Le Grand K was that the original piece of metal it was based upon could be damaged or absorb atoms from the atmosphere, changing its weight.

Therefore, at the International General Conference on Weights and Measures in Versailles, France, it was agreed that a new measurement should be used that is based on unchanging scientific principles.  These are the speed of light, time and Planck's constant, which defines the energy of a photon of light, given its wavelength. Planck's constant is approximately 6.626 x 10-34 joule-second; guaranteeing a high level of precision.

The uniformity of units of measurement is crucial when calibrating test and measurement equipment. Once instruments have been calibrated, whether to a kilogram, meter or another measurable unit, it is important to ensure their reliability. 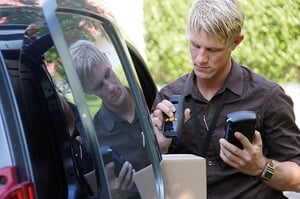 For original equipment manufacturers (OEMs) this includes considering the typical environments in which the device could be used.

For example, a design engineer working on a portable ultrasonic flaw detector would have to consider the inspection environment, which could encompass extreme temperatures or the risk of ingress, as well as the location and typical cycle of work the equipment is used in.

Additional considerations could include making the device smaller and lighter or its usable lifespan longer.  These are trends found in a wide range of portable test and measurement devices, from healthcare applications to the military and multimeters to oscilloscopes.

Selecting the right battery can help

As there are so many different types of device, and the environments in which they operate are equally varied, it is sometimes not feasible to use an off-the-shelf battery solution.  That is why Accutronics offers the Accupro custom battery pack design, engineering and manufacturing service.  Design engineers and original equipment manufacturers can specify the batteries they need to make their test and measurement equipment smaller, more portable, able to operate at a wider temperature range and, crucially, more reliable.